How Multi-Family Owners and Operators Can Reach Generation Z 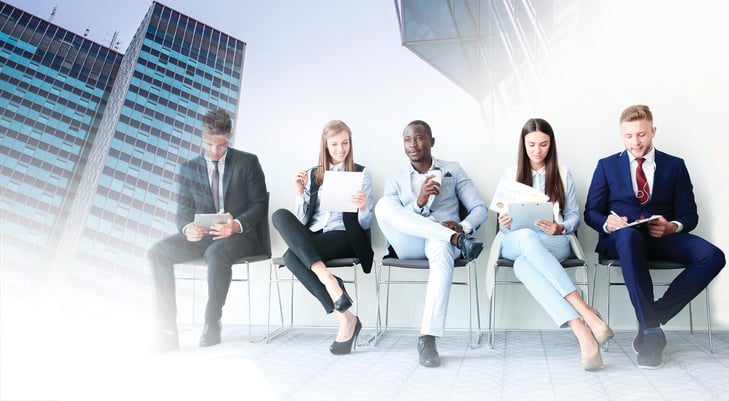 This year the oldest members of Generation Z will turn 23, an age where many have likely graduated college, started that first job, and are moving into their first apartment. While attracting the older Millennial generation has been a focal point for multi-family property operators for years, some of that attention must now shift to address the lifestyle preferences of this newest working generation.

While Millennials and Generation Z have a lot in common – including a love of smartphones and social media – there are subtle differences between the two.

Multi-family properties that fail to recognize these differences, and plan around them, may find it challenging to attract these potential new residents. And that is no small matter. There are 65 million members of Generation Z in the United States alone, and they are set to be a disruptive force in the housing markets on par, or even exceeding, that of Millennials. Richard Hill, the head of Morgan Stanley’s U.S. REIT Equity and Commercial Real Estate Debt Research, believes that Generation Z could cause the net aggregate demand for rentals to surge 22 percent over the next decade.

Let’s look deeper at Generation Z to try to understand what they may look for in housing and how multi-family owners and operators can position themselves for this group.

Who is Generation Z?

Members of Generation Z were born between 1997 and the mid- to late-2000s. Some researchers characterize the generation as young adults who do not personally remember September 11, 2001.

They are sometimes called the iGeneration, the Lost Generation, or even Generation Snowflake. As mentioned, the oldest in the generation may be just out of college while the majority are either in college or high school. According to Pew Research, 62 percent of members still live with their parents and 55 percent are students. They have an estimated $44 billion in current buying power that will only increase as more of the generation enters the workforce.

They are, by and large, more frugal than Millennials after growing up during the 2008 recession. They are taking two paths into the workforce that is affecting their available income. Like Millennials, members of Generation Z are burdened with large student loan debts that reduce their available income after leaving school. As a result, there is a sizable part of the generation that is foregoing higher education, opting to start their own business or join the growing gig economy and bring in multiple income sources. That may mean immediately making less than their college-educated peers.

What Kind of Housing Do they Want?

Not rural. While the data is still incomplete, early returns show that members prefer to rent in large urban centers and buy in the suburbs. They want to live in racially and ethnically diverse neighborhoods that look like them.

While they are concerned about price, Generation Z members also want space. The good thing is that space does not have to be theirs alone but could be large communal spaces. They also want amenities, thinking like co-working space, package collection, pet-friendly areas, discounts with local businesses, and technological perks. This generation grew up with connected, technological tools that they have come to expect. The student housing they lived in likely had these types of features, and they will want it in their first apartment. That includes leveraging the latest in tenant experience applications and mobile security. Generation Z members do not want to use physical keys or key cards to get into their home if possible. Housing units that offer things like mobile security will be more desirable compared to buildings with traditional physical security. In fact, multi-family owners and operators should see mobile experience apps as table stakes for reaching Generation Z.

Mobile Use and Marketing

That mobile mindset is key for marketing to them. All marketing to this demographic needs to be mobile-friendly, so owners and operators will want their website works cleanly on mobile devices. Marketing to this generation needs to think about three things: mobile, video, and authentic. Think of creating short videos that highlight the personality of your building and your neighborhood. These videos should only be 30 seconds to 1 minutes and avoid marketing speak.

Generation Z is set to change the real estate landscape. It is not only that these new young consumers are entering the market but they are set to dominate it for the next 15 years. Positioning yourselves and your property to reach them now will set you up for long-term success.